One of the three captors of major Andre, Isaac Van Wart was memorialized with a monument erected over his grave by Westchester County.

See the article on this monument at http://www.hmdb.org/marker.asp?marker=42375

The inscriptions on the monument, as recorded by Benson Lossing in the 19th century, read:

North side: "Here repose the mortal remains of Isaac Van Wart, an elder of the Greenburgh church, who died on the 23d of May, 1828, in the 69th year of his age. Having lived the life, he died the death, of the Christian."

South side: "The citizens of the county of West Chester erected this tomb in testimony of the high sense they entertained for the virtuous and patriotic conduct of their fellow-citizen, as a memorial sacred to public gratitude."

East Side: "Vincit, Amor, Patriae. Nearly half a century before this monument was built, the conscript fathers of America had, in the Senate chamber, voted that Isaac Van Wart was a faithful patriot, one in whom the love of country was invincible, and this tomb bears testimony that the record is true."

West side: "Fidelity. On the 23d of September, 1780, Isaac Van Wart, accompanied by John Paulding and David Williams, all farmers of the county of West Chester, intercepted Major Andre, on his return from the American lines in the character of a spy, and, notwithstanding the large bribes offered them for his release, nobly disdained to sacrifice their country for gold, secured and carried him to the commanding officer of the district, whereby the dangerous and traitorous conspiracy of Arnold was brought to light, the insidious designs of the enemy baffled, the American army saved, and our beloved country free."
Read More 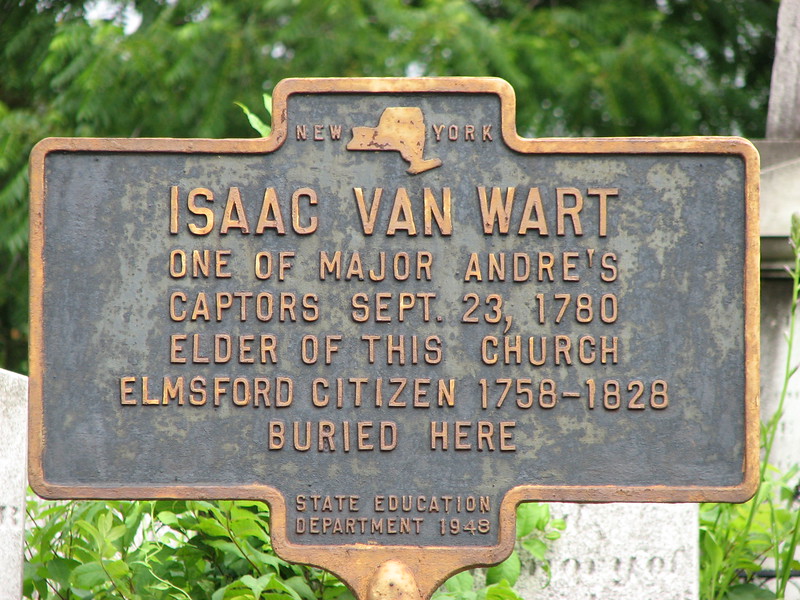