This commemoritive boulder marks the place where Fort Edward stood. The outworks were extensive and several historical markers in the village point out the locations of various earthworks and moats, some of which are still visible. The site was active during the French and Indian War, but by the time of the Revolution, it was in disrepair. The location remained a strategic one, situated as it was where roads from both Lake George and Skenesborough (modern Whitehall, NY) reached the Hudson. The area was used as a staging area during the retreat as Burgoyne advanced, but a better location had to be chosen for a stand, and that was Bemis Heights. Arnold commanded the American efforts in the area, using the Old Fort House (q.v.) as his HQ.
Read More 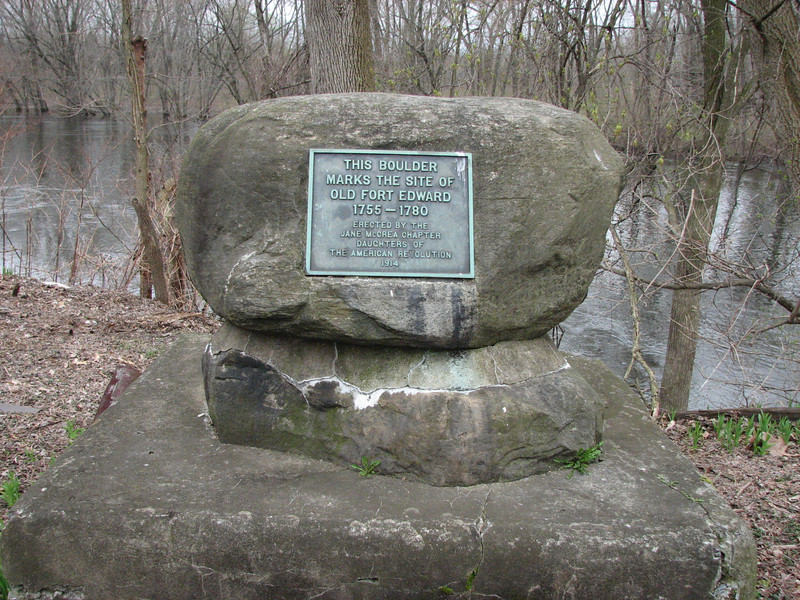 The boulder is located at the end of Old Fort Street, which is off Rt 4, south of Rt 197, in Fort Edward. The street dead-ends at the river.