Auto road to the summit is off Defiance St, Ticonderoga, NY

The road to the summit is open seasonally, under the control of Fort Ticonderoga. See their website at: http://www.fortticonderoga.org/

This mountain overlooks both Fort Ticonderoga and the American stronghold of Mount Independence. Benedict Arnold had warned the American commanders that it should be occupied to keep the British from mounting guns here and threatening the American forts. The commanders did not think it was possible to get large cannon to the top. Arnold climbed the hill (so the story goes), and told them "Where a man can go, he can drag a gun", but failed to convince them.

On July 5, 1777, the advancing British forces under Gen. Burgoyne succeeded in placing cannon atop the mountain, and the American Gen. Arthur St. Clair had to order the evacuation of the forts. The loss of Fort Ti, without it firing a shot in defense, was a great blow to the American cause, and opened the way to the Hudson for the British.
Read More 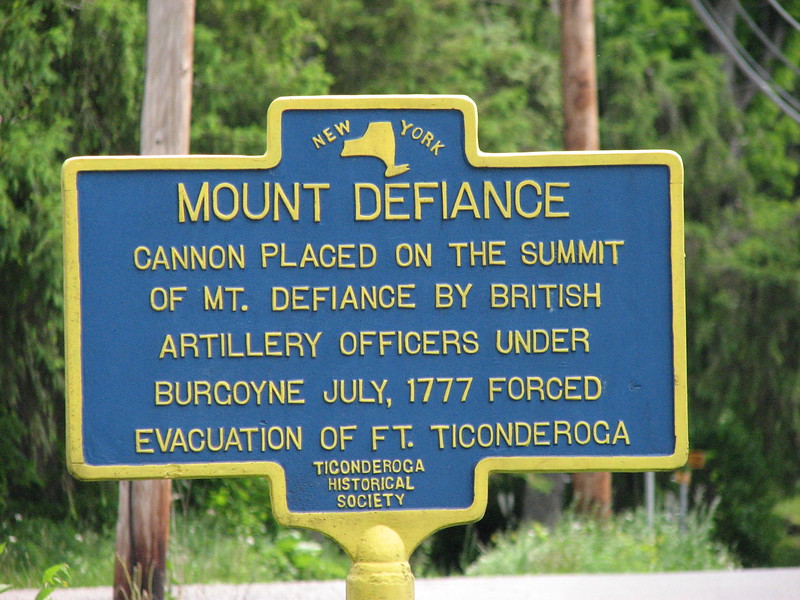