Headquarters Farm, opposite 640 Pineville Rd, Newtown, PA (this is a private residence)

Benedict Arnold left Fort Ticonderoga in late November 1776 after the threat of British invasion had ended for the year. He travelled with Gen. Gates to Albany, where he faced a court-martial on charges brought by Hazen, then by a circuitous route with their army to reinforce Washington in Pennsylvania. According to Brandt, Arnold arrived at Washington's headquarters less than a week before Christmas and departed for his new assignment in Rhode Island three days before Washington led the Trenton attack. According to Randall, "At least one of their meetings was to decide how to speed up the exchange of prisoners still in British hands or on parole at home so they could return to active service. Arnold briefed Washington on officers worthy of promotion. In the course of their secret discussions, Arnold urged Washington to strike quickly against the exposed Hessian outposts in New Jersey now that he had enough disciplined troops and field artillery. Arnold also supported Washington's plan for a three-pronged attack over the Delaware to recapture the New Jersey capital of Trenton."
This was the first time the two had seen each other since Washington had sent Arnold off on the Quebec expedition from Cambridge, MA in September 1775.

Click this link for a location map of the property: http://mapq.st/1NZsH93
Keith House is in the upper left quadrant of this aerial photo, with the green tennis court surrounded by red clay.
Read More 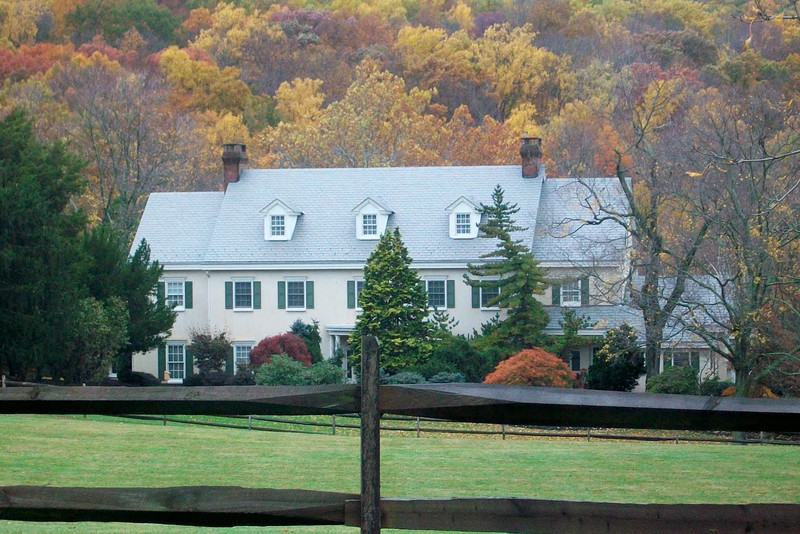 Telephoto view of the house, which sets way back from the road, at the end of a long curvy driveway.