Rt 4, north of the Village of St. Ann

When Arnold returned to the Northern Theater, he reached Fort Edward on July 22, 1777. The British invasion under Burgoyne had stalled at Skenesborough, and Schuyler had taken advantage of the delay to have militiamen fell trees and destroy bridges along the rough road from Skenesborough to Fort Edward. Fort Ann is located just about halfway between the two points, and was on the road the British would have to travel. Arnold was ordered to command the militia units acting as pickets between the British and the Americans staged at Fort Edward.
Read More 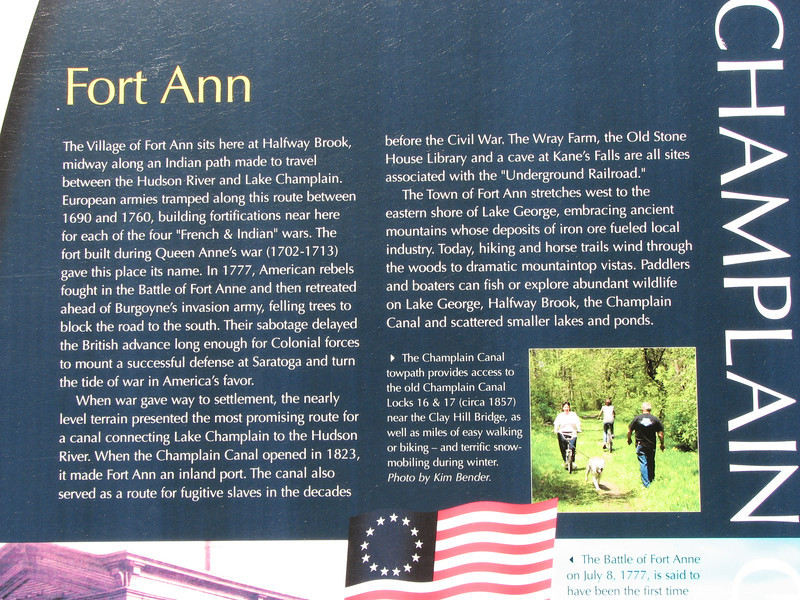