Jeduthan Baldwin served as a colonel and engineer in the Revolutionary War. He was sent to Canada during the spring of 1776, when the army was retreating. He states in his journal that he was with Gen. Arnold in the last batteau to depart from Saint John. He later was instrumental in fortifying Ticonderoga and Mount Independence. He had much contact with Arnold during this time, prior to the Battle of Valcour Island. He also constructed the log bridge that connected Fort Ti and Mount Independence.
Read More 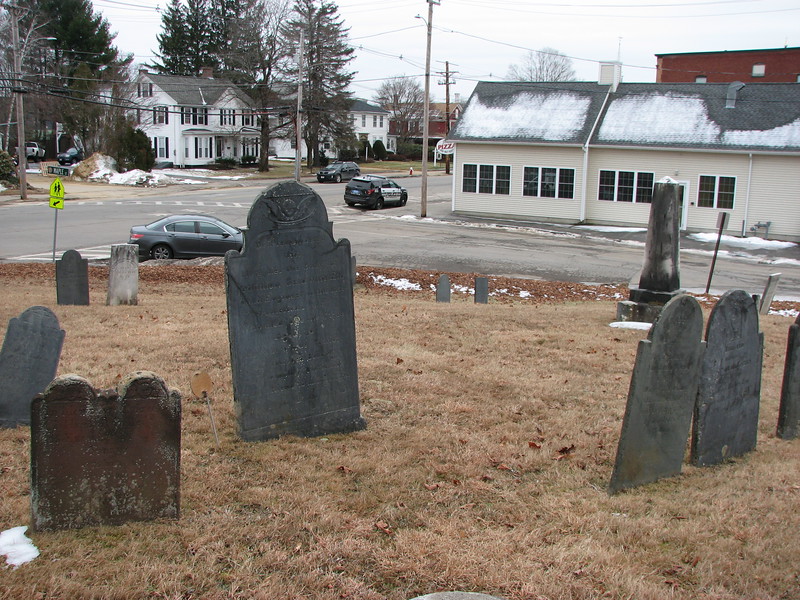 Baldwin's stone is the large dark one in left-center. Use this photo to help locate the grave. North Main Street is in the distance, with Maple St between the cemetery and the beige building. The grave is about 70 feet from Maple St, and 60 feet from North Main St.