375 1re Rue (opposite 11e Ave), Saint-Jean-sur-Richelieu, PQ
The site of Hazen's manor house is unknown, but some think it may have been located where Christie's Manor is located today, due to its excellent location. (That's the address above.) This is a private residence.

Moses Hazen, born in Haverhill, MA in 1733, was with Rogers Rangers in the French and Indian War. After that conflict, he settled in Canada, partnering with Gabriel Christie, and establishing a seigneury in Iberville, across the Richelieu River from Fort St. Jean. When the Americans invaded in 1775, Hazen initially reported their arrival to the British authorities (he was an officer on half-pay.) But soon he changed his loyalties and cooperated with the Americans. He was involved in the attack on Quebec, and later was in charge at Montreal between the commands of Wooster and Arnold. He tangled with Arnold repeatedly, leading to several courts-martial. Hazen served through the remainder of the war, rising to the rank of brigadier general, and fighting under Lafayette at Yorktown. He died in Troy, NY, and may be buried in Albany Rural Cemetery.

Click this link for a view of the entrance to the property: https://goo.gl/maps/5ntxxaAG28M2
Read More 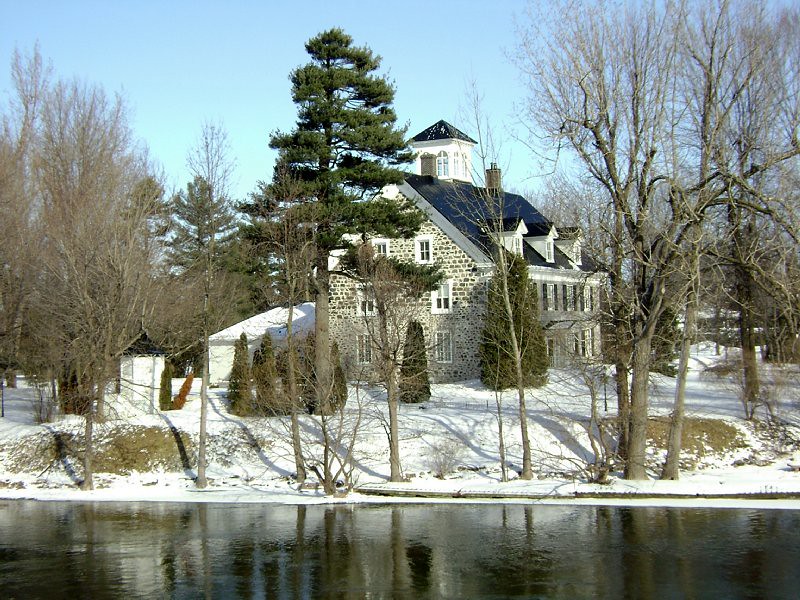 View of Christie's Manor from the river