Gen. John Sullivan was sent north to take command of the Canadian expedition after the death of Gen. John Thomas, when the retreat had begun. According to James Kirby Martin, Sullivan arrived thinking that only the lack of his own inspired leadership had stalled the mission. He ignored Arnold, who was directing an orderly retreat, instead ordering an attack on British forces at Three Rivers. When the Americans were overwhelmed there, he had to agree with Arnold, and reluctantly ordered all our troops to fall back to Lake Champlain. He is considered a "political general."
Read More 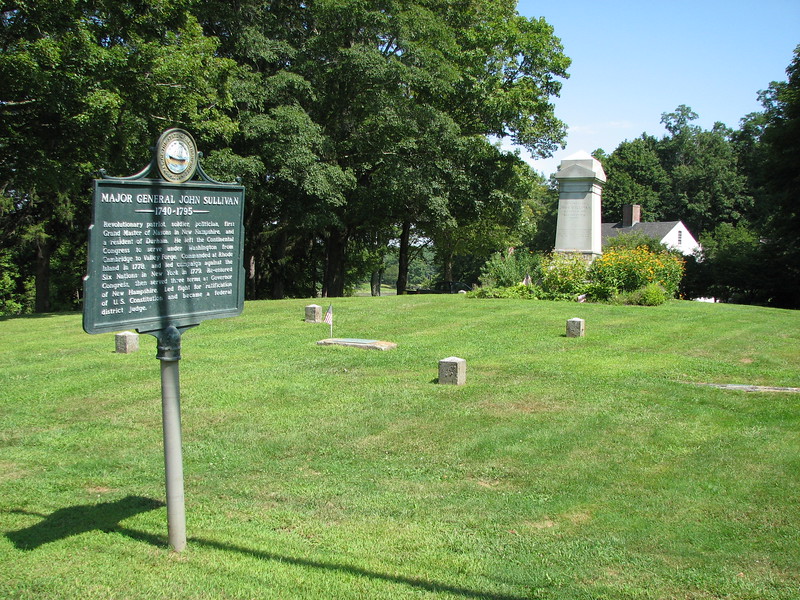 In front of the house is a town green, shown here with the historical marker, the granite monument, and the house in the background.