This fort, on the Richelieu River north of Lake Champlain, was taken by the Americans during the invasion of 1775. As they retreated in 1776, it was burned by Gen. Sullivan.

Benedict Arnold was the last American to leave Canada in 1776. See the gallery on Fort St. Jean in the folder Arnold at Ticonderoga for photos of the site today. When Royal Governor Carleton wrote to the Secretary of State in London that he had cleared the last American rebel out of Quebec, the response was "I am sorry you did not get Arnold, for of all Americans, he is the most enterprising and dangerous."
Read More 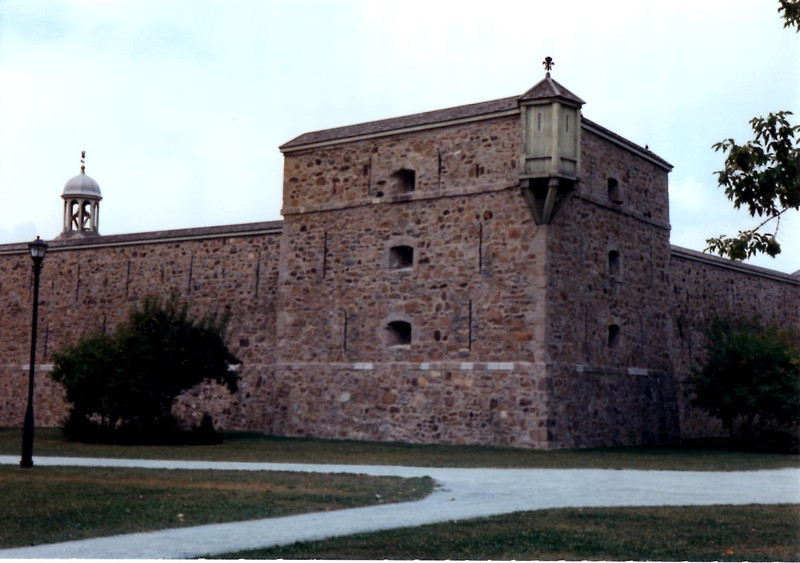 Outside view of the fort wall