Situated along the St. Lawrence River halfway between Quebec City and Trois-Rivieres (Three Rivers), Arnold realized this town would be a good place to make a fall-back defense if Quebec City had to be abandoned. Benedict Arnold (now commanding in Montreal) had written to Schuyler for 15 cannon to place atop the riverside bluff so that British ships that might come up the river could be bombarded as they carefully passed the Richelieu Rapids below the cliff. He also encourage the new commander, Gen. Thomas to check out the location as he traveled to Quebec City. Arnold felt that the cannon, plus armed gundalows that could be stationed behind the rapids, would be capable of stopping a British advance toward Montreal. The bluff is called Cape Lauzon.

A good place to view the strategic value of this position is from a park located behind St. Joseph Church, 115 Rue de l'Eglise, Deschambault, QC.

Tradition in Deschambault tells of many Americans buried here who fell to smallpox, dysentery and exposure during the retreat from Quebec as the superior British force advanced.
Read More 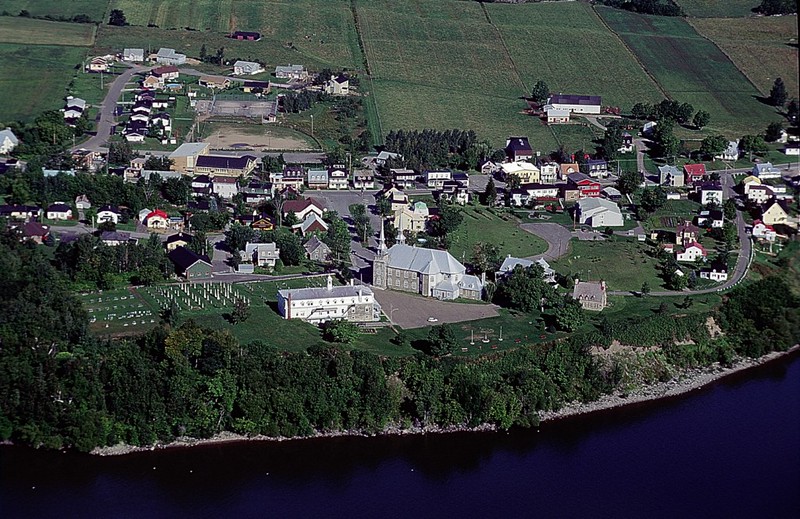 This view of Deschambault looking north over the St. Lawrence River shows the situation of the town: on a bluff above a cliff along the river (the cliff face is mostly obscured by trees). The park mentioned earlier can be seen just to the right of center, with two flag poles and several benches, along the cliff-edge.