This library holds the Henry Clinton Papers, described as follows:
"The Sir Henry Clinton (British Army Headquarters) Papers reside at the William L. Clements Library at the University of Michigan. This collection of letters, documents and maps from the British Army Headquarters during the American Revolutionary War is a cornerstone of the Clements Library's prestigious Revolutionary War holdings. This chest, on display in the Clements Library's main reading room, was used by Sir Henry Clinton to store his personal papers. When William L. Clements purchased the Sir Henry Clinton collection for the library, the papers were shipped in his original chest. "
"The Clinton Collection consists of 80 linear feet (approx. 16,500 separate documents) of materials and includes letters and papers received by the British Army Headquarters, letterbook copies of letters sent by Clinton and his staff, warrant books, accounts, and a variety of notes and memoranda. The collection also contains over 360 maps, many of which are manuscripts, documenting the early settlement of America and the strategic maneuvers of the British Army. A highlight of the collection is the stream of intelligence reports from British spies posing as part of the Rebel Army, the most important of which are the traitorous letters between the American turncoat, Benedict Arnold, and Sir Henry Clinton and Major John André."

These excerpts are from the library's webpage: http://clements.umich.edu/exhibits/online/spies/clinton.html
Read More 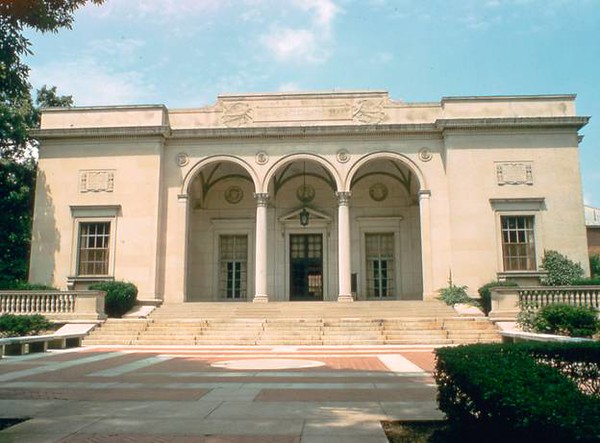 View of the Clements Library