Edward Shippen, prominent Philadelphia judge, owned a home on the west side of 4th St in the Society Hill section. During the British occupation, his three beautiful daughters attracted much attention from the junior officers, including Major John Andre. The youngest, Margaret (Peggy), later married Benedict Arnold in the front room of the house on April 18, 1779. Peggy was eighteen. Arnold was a twice-wounded war hero, a major general in the Continental Army, the military governor of Philadelphia, and a widower with three sons, at age 38.

During the ceremony, Arnold "was supported by a soldier, and when seated his disabled (leg) was propped on a camp stool." 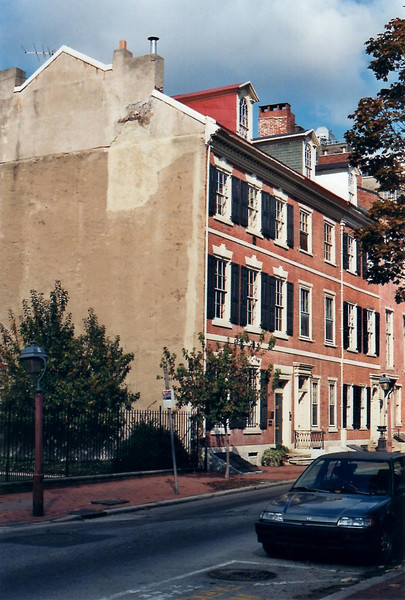