Prominent Philadelphian Benjamin Chew was the father of Margaret (Peggy) Chew, the close friend from childhood of Peggy Shippen. John Andre escorted Peggy Chew to the Mischianza. According to Tillotson in "Exquisite Exile", there is a tradition that Andre made her aquaintance here. But that is called into question by the fact that the home was badly damaged during the Battle of Germantown. The British had used it as a refuge during the battle, which occured on October 4, 1777. The house was sold by the family in 1779 and repurchased it in 1797, according to the curator.
What is known and related on the tour is that the mirrors you can see on the walls today were among those borrowed from the mansions of Philadelphia for use at the Mischianza (sometimes spelled Meschianza ), the great farewell celebration Andre threw for Gen. Howe. Cliveden counts as one of its most precious possessions a handwritten book that Andre gave to Peggy Chew. It describes the festivities of the ball, and includes a watercolor illustrating the Elizabethan uniforms the officers wore.

As the Chews were friends of the Shippens, Peggy Shippen was undoubtedly a guest here on occasion.

See a good article about the house, with interior photos on Wikipedia. Search for "Cliveden Benjamin Chew House".
Read More 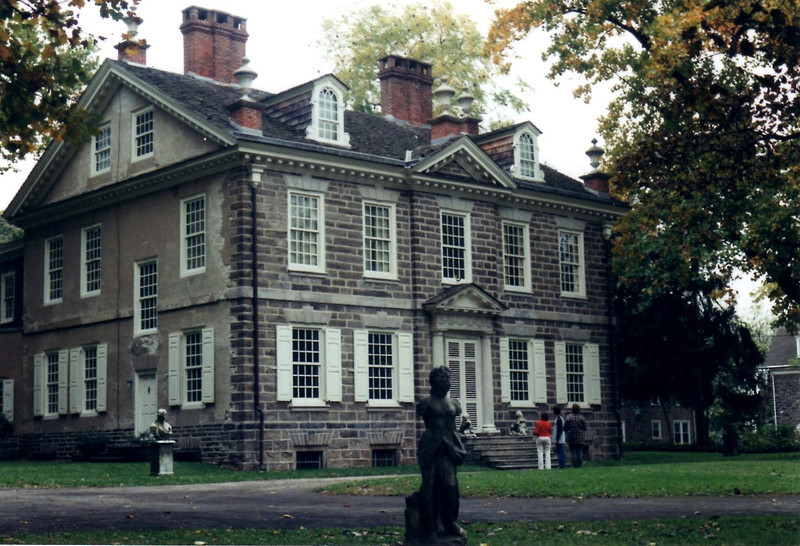