Major Andre was buried immediately after his execution on the hill where he had been hanged. His body rested there until 1821, when the British were granted permission to disinter the remains, to be brought to England for permanent entombment at Westminster Abbey, in a monument erected to Andre's memory by King George III.
Read More 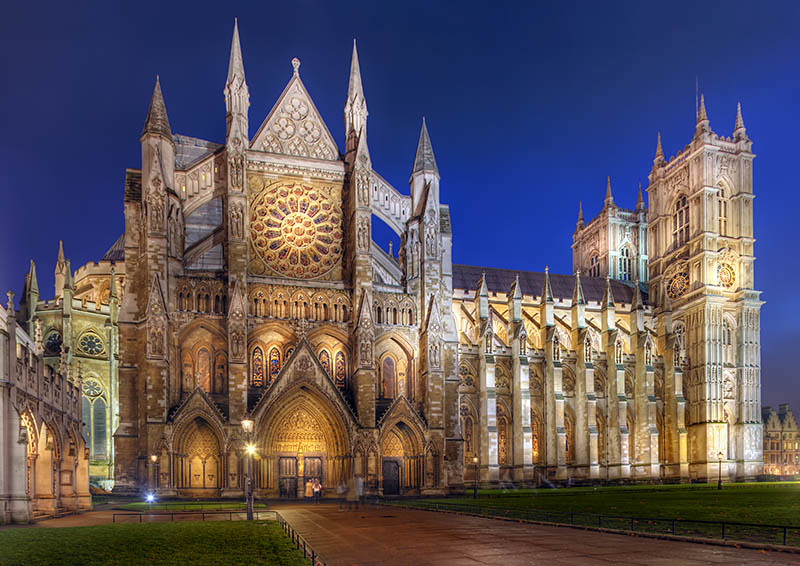 The Collegiate Church of St Peter at Westminster, London - "Westminster Abbey" at night.