There is a plaque on the north wall of the tower which reads:
"MDCCLXXX
Near this place was buried
HONORA EDGEWORTH,
aged 28 years.
Her Manners, Wisdom, and Virtue,
gained Admiration and Esteem,
without exciting
Envy."

Honora Sneyd ( 1751-May 1, 1780) was a love interest of John Andre as mentioned in his biographies, and part of a social circle including the poetess Anna Seward.

Here's line from the Wikipedia page on Honora: "In addition to being immortalised in Anna Seward's poetry, Sneyd appears semi-fictionalised as a character in a play about Major André and herself, André; a Tragedy in Five Acts by William Dunlap, first produced in New York in 1798."
Read More 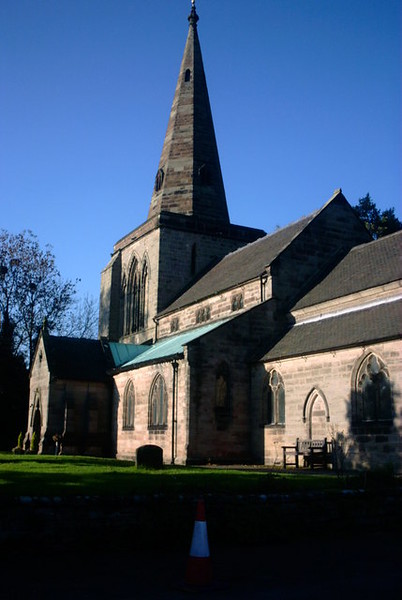 View of the Church. © Copyright Stephen Pearce and licensed for reuse under this Creative Commons Licence