Thomas Abbey (born Abbe) (1731-1811) served as First Lieutenant on the galley Washington in the Battle of Valcour Island. He was taken prisoner when the vessel surrendered to the British. A town history states that he "served under Gen. Gates at Fort Ticonderoga and vicinity from June to November 1776." The "Memorial of Captain Thomas Abbey, His Ancestors and Descendants..." states that he was "a soldier in the French and Indian Wars. Took part in the capture of Fort Ticonderoga, 1758, and the conquest of Canada, 1761.... May 6, 1776 appointed ...First Lieutenant in Captain Pease's company. Served under General Gates at Ticonderoga and vicinity, June to November 1776." He would have been 45 at the time of the battle.
Read More 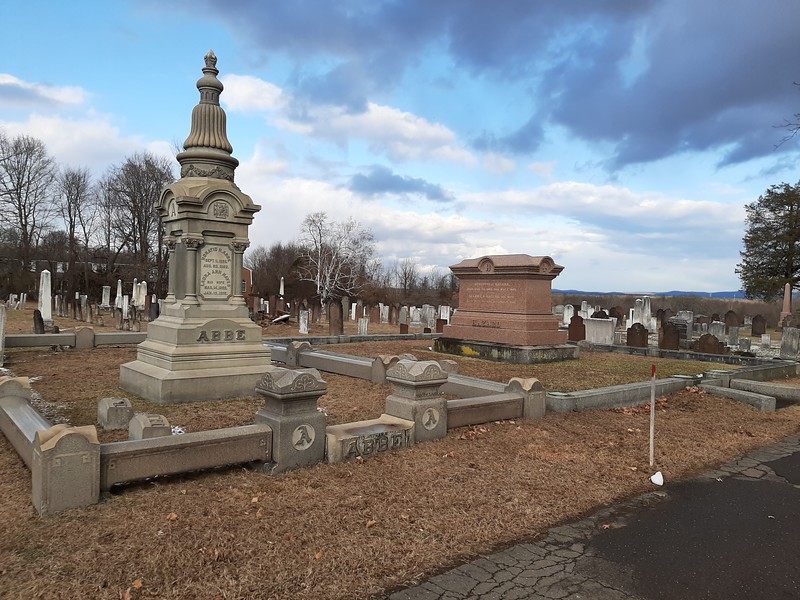 To locate the grave, drive in the center gate and look to your left for these distinctive monuments. The "bench" is seen in this photo just to the right of the large red granite monument.