south side of South Street between 4th and 5th Streets, Philadelphia, PA

Built in 1766, the Southwark Theater hosted operas, plays, pantomimes and farces until closed by resolution of the Continental Congress on Oct. 20, 1774. During the Revolutionary War it served as a hospital for British soldiers wounded in the Battle of Germantown.
The British army occupied Philadelphia during the winter of 1777-1778, and, to pass the time, officers and soldiers produced plays at the theater. Then-Captain John Andre was a jack-of-all-trades, involved with writing, producing, set and costume design, and acting.
When the British evacuated the city, Benedict Arnold became military governor, and escorted Peggy Shippen to plays at the theater.
After the Revolution, ballad operas again took the stage until the Southwark ceased serving as a theater in 1817. The building was destroyed by fire in 1821.
Read More 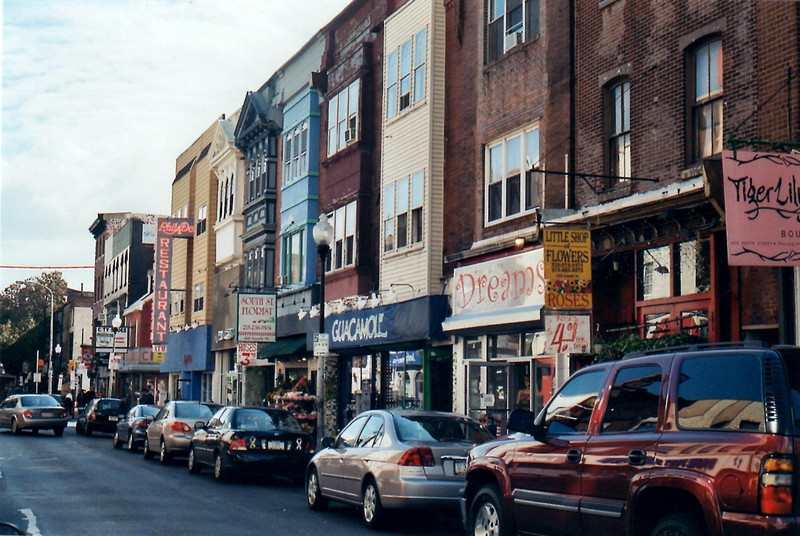 View along the street in the approximate location of the theater