During the night Arnold and Andre conferred onshore in Haverstraw, Col. Livingston, at the suggestion of two of his militiamen, ordered a cannon brought from Verplack's Point to Teller's Point to drive off the Vulture. He did this on his own initiative, after Arnold had, understandably, rebuffed his request for authority to take this action. As the two conspirators continued their discussions the next morning at Smith's House, their attention was drawn to the river when they heard the booming of Livingston's gun. After absorbing a two-hour cannonade, Vulture slipped anchor and dropped downriver. This led to the fateful decision that Andre would reurn to the British lines overland, during which he was captured as a spy.

The cannon is now on display at the Peekskill Museum, and known as America's Most Famous Cannon (q.v.)

Col. Livingston was at his HQ on the day Major Andre and Joshua Hett Smith crossed the Hudson at King's Ferry. Smith spoke with him at the Post Hannock House (q.v.)
while Andre continued along the road, keeping a low profile.
Read More 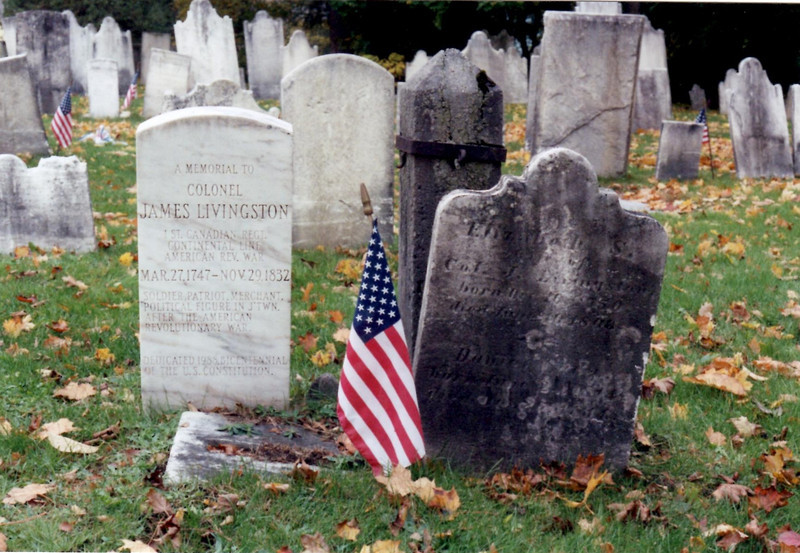 The grave markers for Col. Livingston can be found by looking within a set of six granite posts in the cemetery.