American Earthworks on the Plains of Abraham

The open fields to the west of the walled city of Quebec were the scene of American army deployments. Here Arnold demanded the surrender of the city when he arrived. When they refused, he was forced to await Gen. Montgomery's group which had cannon. From here the Americans pounded the city prior to the December 31 attack.

After that unsuccessful attempt, the Americans maintained a siege of the city until the arrival of British troop ships in the spring necessitated a retreat up the St. Lawrence. A marker has been placed at the American earthworks which can still be seen along this road through the Plains of Abraham, just west of the Citadel.
Read More 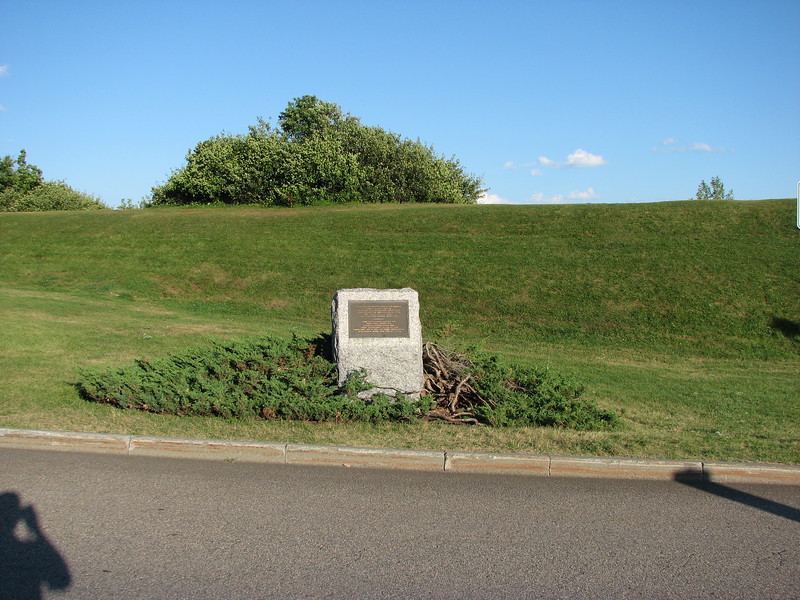 View of the monument, with the American earthworks visible behind it