near 193 Boulevard Champlain, diagonally across the street from the Canadian Coast Guard base. The plaques are mounted on a retaining wall along the street.

Under cover of darkness and blizzard, General Montgomery led his force down the path from the Plains of Abraham to Wolfe's Cove, and then along the shore of the St. Lawrence. Their goal was to link up with Arnold's force which was approaching the Lower City from the opposite side. As Montgomery passed a barricade, he and his men were hit by grapeshot from the enemy. Montgomery was killed and his men had to retreat. This plaque marks the spot where he died.

Upon Montgomery's death, command passed to Arnold, but he was also wounded in attacking another barricade.
Read More 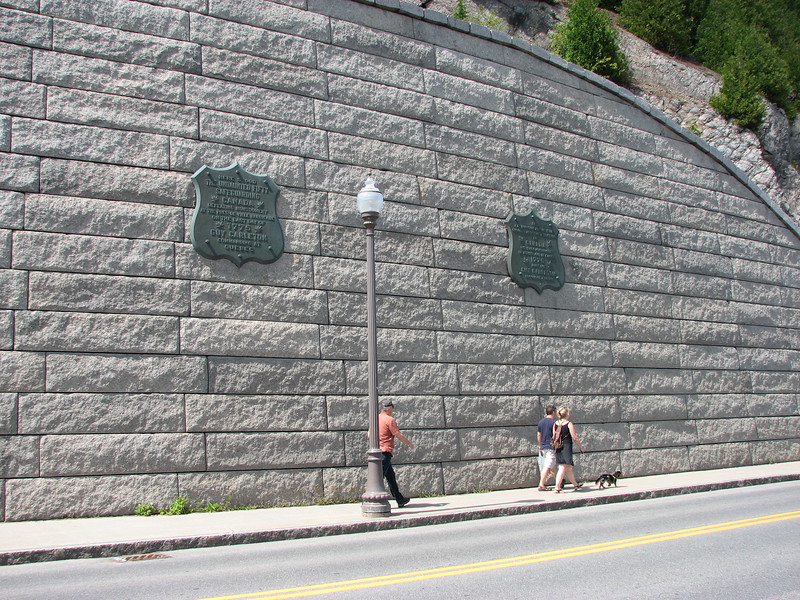 View from across the street of the plaques, now mounted on a retaining wall along Boulevard Champlain