Upon entering the cemetery, look to your left for the tall column dedicated to Ethan Allen. Roger Enos is buried in the family plot which surrounds the column, as he was father-in-law to Ira Allen, Ethan's brother.

Roger Enos served as Lt. Colonel on Arnold's expedition through the Maine wilderness. He commanded the third division. As supplies dwindled and the journey became arduous, he decided it was best to retreat with his division back to Boston. Arnold was quite upset with him and wrote to Gen. Washington requesting a court-martial be convened to try Enos on charges of desertion and disobedience to orders. When that trial took place, Enos was aquitted, as the court was convinced that he had made the only wise choice available to him at the time.
Read More 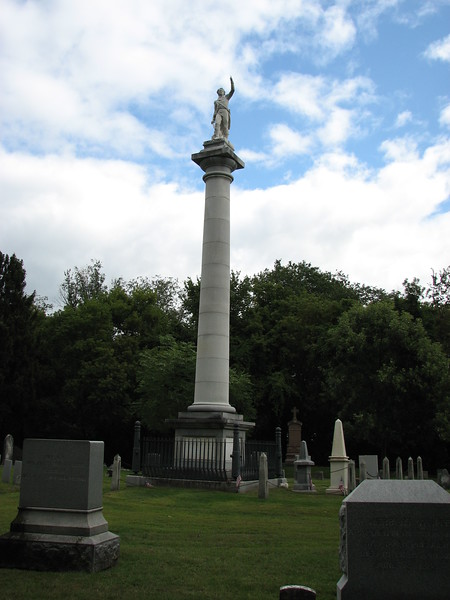 As you enter the cemetery from Colchester Av, look left for the tall column honoring Ethan Allen. Enos is buried in the Allen family plot which surrounds the column.