Elias Dickey (1751-1836) served as a private in Goodrich's company on the March to Quebec.

In "Genealogy of the Dickey Family" (page 180) it says Elias joined a Mass. regiment early in the war, started on the Quebec expedition on 6 Oct 1775, and often told his descendants of the hardships of the March.
Read More 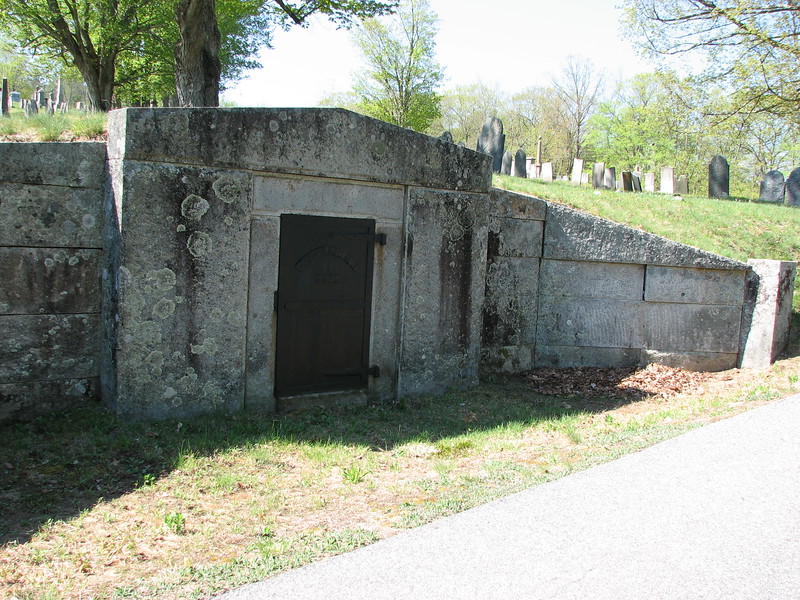 To locate the grave, enter the cemetery through the main gate, which is the first entrance off Cemetery Rd as you approach from Meetinghouse Hill Road. Not far into the cemetery, look for this hillside tomb on your left. Park here. The obelisk marking Dickey's grave is opposite this point, on your right.