David Sage (1746-1776) served as a sergeant in Capt. Hanchett's company on the March to Quebec. He was wounded in the attack and taken prisoner. He contracted smallpox, died in captivity on March 26, 1776, and was buried by his fellow soldiers "near the wall of that city."

His brothers erected a cenotaph next to their parents' graves to honor his memory.
Read More 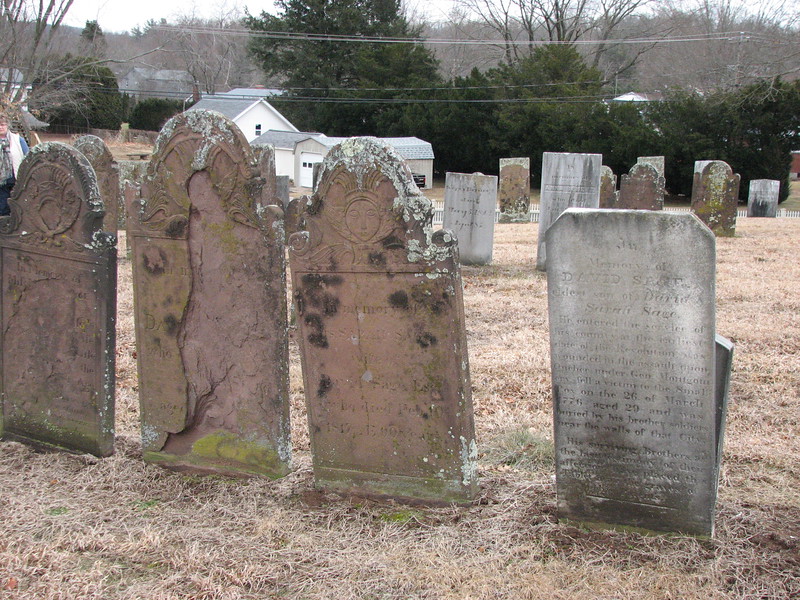 The cenotaph of David Sage is the white stone to the right in this photo. The graves of his parents are the brownstones to the left.
Use this photo to help locate the stone, which is situated in the northeast corner of the cemetery, about nine rows in from Portland Street, and halfway between the north boundary of the cemetery and the prominent Gildersleeve tomb. The buildings in the background can also be used to help you find the right spot.