Silas Deane was a friend of Benedict Arnold before the war, and continued steadfastly to defend and befriend him throughout his stormy career. Willard Sterne Randall, in his biography of Arnold, gives many instances of their interaction:
Deane and Arnold dined together in Frankford, PA while enroute to the First Continental Congress. They lodged together in Philadelphia at Biddle's Tavern. While Arnold was at Quebec, Deane saw to it that he was reimbursed for his expenditures on behalf of the army, the funds going to Arnold's sister Hannah. He nominated Arnold for promotion to Brigadier General. Deane then became America's first envoy to Europe.
Upon his return, he stayed with Arnold, now military governor of Philadelphia, although warned by Joseph Reed that he would be tainted with the suspicion of Toryism that was plaguing his friend at the time. He later wrote a letter of support when Arnold was being charged with profiteering. Like Benedict Arnold, Silas Deane had sacrificed much for the Revolutionary cause, and had suffered the aspersions of his countrymen. He died in England, still seeking recovery of his wartime expenses.
When Arnold was in exile in England after the war, Deane often dined with the Arnolds.
Read More 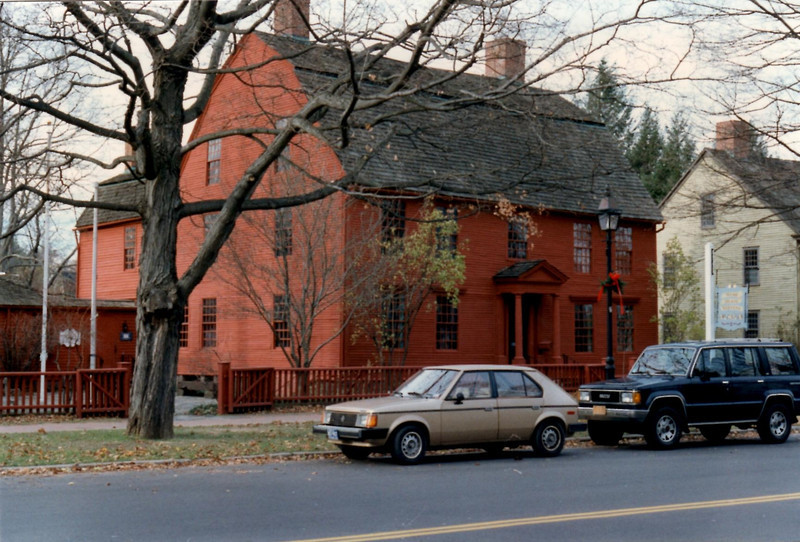 Another house in the complex, the Webb House. This was George Washington's headquarters in May 1781, and it was here that he and French Gen. Rochambeau planned what would become the Yorktown Campaign.