Home: Traveller's Rest (a private residence), located off Bowers Rd (Jefferson County 1/1), Kearneysville, WV
From Leetown Rd, take Bowers Rd. There is an immediate curve right, then you will come to a 90 degree curve to the left. Just beyond the next curve (a slight left) look for a road on the right. The house is at the end of the long straight stretch of the driveway/road. On Google Maps, it is labeled "General Horace Gates Farm Spring."

Horatio Gates was a rival of George Washington, and critic and successor to Schuyler as Northern Department commander. He was Benedict Arnold's superior at Saratoga, and the two tangled badly. Gates became the hero of Saratoga, but Arnold was the officer who saved the day.

Gen. Gates was buried in an unmarked grave in the churchyard at Trinity in downtown Manhattan. When I visited in 2005, there was no marker, but one was placed in 2012.

Gates home, which he named Traveller's Rest, was purchased by him in 1773. He expanded the house and lived there before and after the war. In 1790, he freed his slaves, sold the property and moved to New York City, where he died in 1806.
Read More 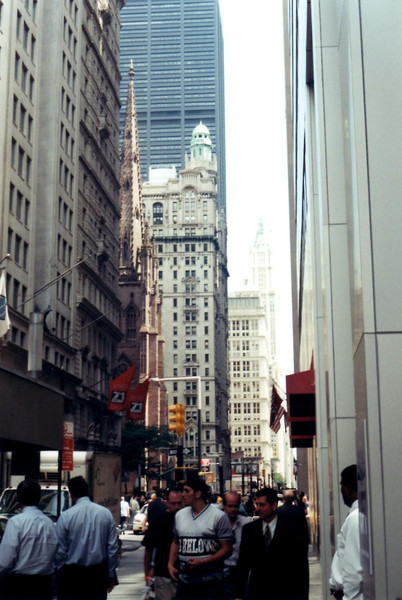 A view up Broadway. Look carefully for the spire of Trinity Church on the left. The church is dwarfed by today's modern structures.