at the site of Breymann's Redoubt on the battlefield at Saratoga National Historical Park, 648 Route 32, Stillwater, NY

This marker stands at the spot where Arnold was wounded just as the Americans captured Breymann's Redoubt, October 7, 1777. Arnold had been relieved of command by Gates, but rode onto the battlefield at the critical moment to lead the faltering Americans to victory.

Note that his gallantry is praised, but his name is not mentioned. 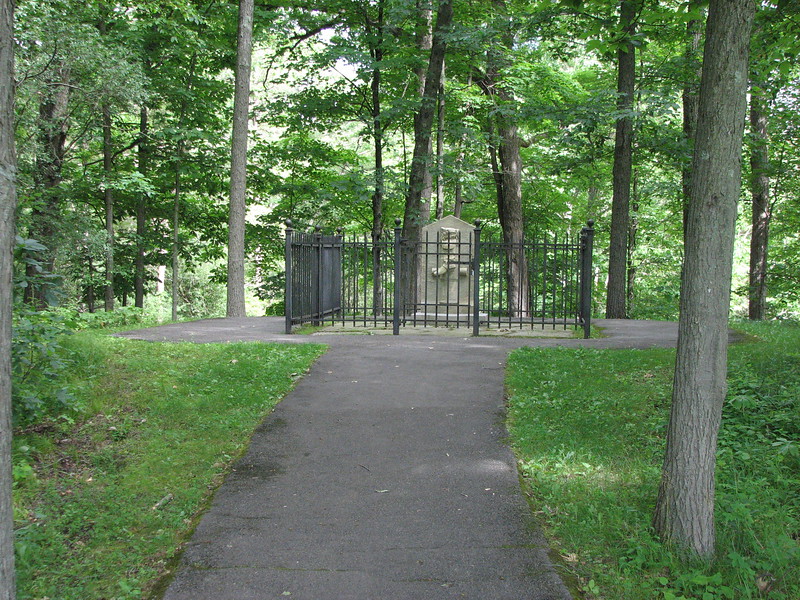 A short path from the site of the redoubt leads one to the shady spot where the "Boot Monument" has been erected to honor Arnold's contribution.