In late August 1777, the American army found itself south of the Mohawk, having retreated 100 miles as the British advanced under Gen. Burgoyne. Benedict Arnold, second-in command to Gen. Gates who led the Northern Army, was charged with finding a place to make a stand against the British, where they could be fought on American terms. Working with Col. Thaddeus Kosciuszko (a Polish expatriate, river fortifications expert, and our army's chief of engineers), Arnold chose Bemus Heights, a bluff overlooking the Hudson about eighteen miles north of the Mohawk.

Gates approved the plan on September 9, and the troops worked for seven days and nights preparing the earthworks and redoubts.

One can get a good idea of the wisdom of choosing this strategic position from viewpoints along the park road. 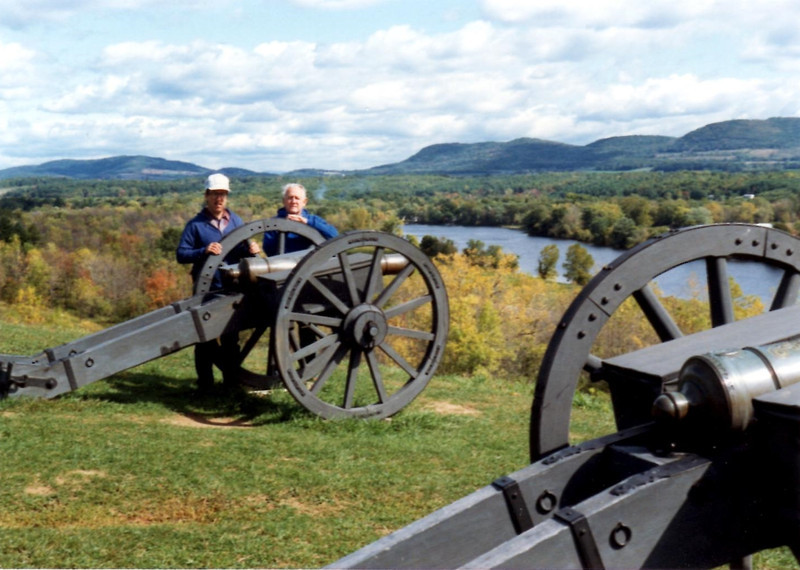 This photo was taken at the site of Burgoyne's Great Redoubt. It gives a good idea of the way the bluff commands the river and road. This photo is from the early 1990s.