Maxwell was sent to Canada as Colonel of a regiment to reinforce the American army after the defeat at Quebec. He participated in the fighting at Trois Rivers, and the retreat from Canada.

He wrote a letter to Governour William Livingston of New Jersey in which he was highly critical of Benedict Arnold's leadership in the Battle of Valcour Island. He refers to Arnold as "our evil genius to the north." The letter gets quoted in many of the biographies. One of the photos I've included is the letter as seen in Force's Archives.
Read More 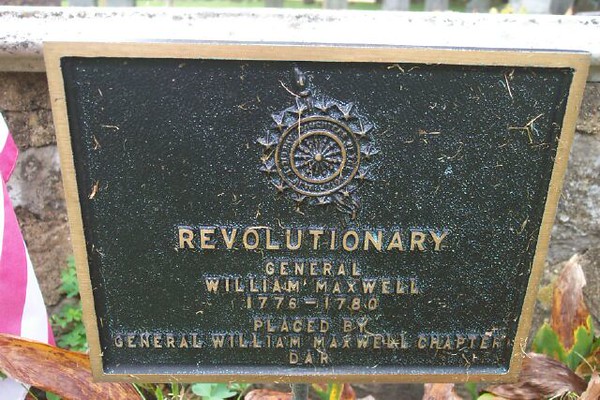 Marker on Maxwell's grave, as seen on Findagrave.com