a small island off the south tip of Grand Isle in Lake Champlain, situated between Stave Island and Providence Island.

The island can be viewed, and kayaks launched for a visit, from White's Beach, West Shore Rd, South Hero, VT. See this website for an account of a kayak trip to the island: http://www.wikiloc.com/wikiloc/view.do?id=3227019

On the morning of October 12, the British fleet found that Arnold had escaped from Valcour Bay during the night, and were nowhere to be seen. Gov. Carleton imagined that Arnold had gone north with his fleet, and seeing through the fog what he mistook for a ship, opened fire on this island. To this day it has been mockingly called "Carleton's Prize." Arnold had actually fled south, and was eventually overtaken by the British fleet. Another battle ensued on October 1. 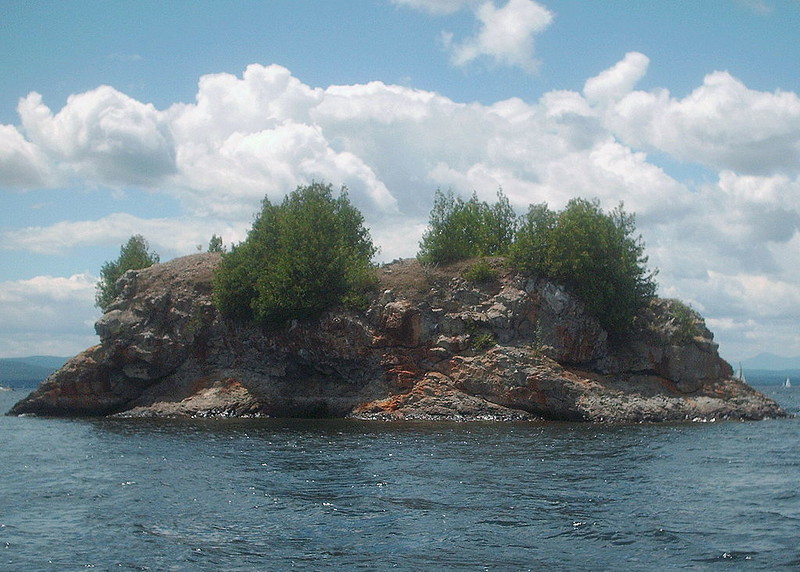