After Benedict Arnold fled to the British when his treason was discovered, he met with the British commander at 1 Broadway, then took residence at 3 Broadway. The modern buildings on the site today are opposite the Bowling Green, near the southern tip of Manhattan.
Read More 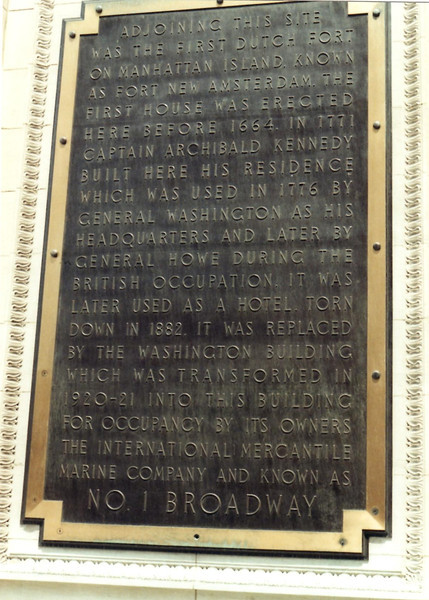 Large bronze plaque on the modern building at 1 Broadway