After the Battle of Groton Heights, wounded Americans were loaded on a wagon by the British, who were taking them prisoner. The men guiding the cart down the hill to the shore lost control, and the cart struck a tree, causing additional pain to the Americans. The wounded were then taken to the Ebenezer Avery House for care. As the story goes, Mr. Avery refused to remove the bloodstains from his floor, and they could be seen for many years thereafter.

The house stood on the corner of Thames and Latham Streets until 1971, when it was carefully taken down and rebuilt on the grounds of Fort Griswold State Park. It is operated by a private group, The Avery Memorial Association. See their website at http://www.averymemorialassociation.com/
Read More 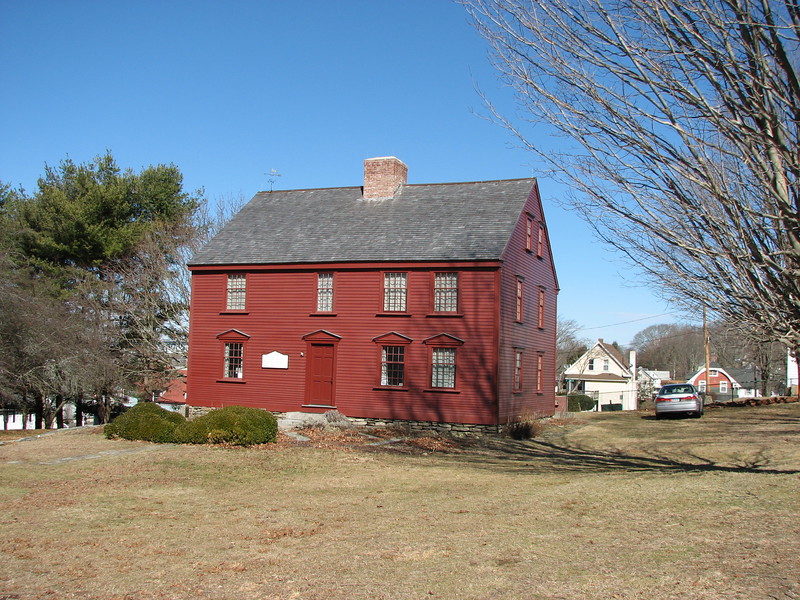 The house as seen from the grounds of Ft. Griswold State Park