Site of the Jonathan Hastings House, on the grounds of Harvard University, Broadway at Massachusetts Av, Cambridge, MA

On April 30, 1775, Benedict Arnold, who had recently arrived at the head of his 60-man Foot Guards from New Haven, Connecticut, met with the Massachusetts Committee of Safety. He described the Champlain forts and the possibility of taking them so as to get cannon with which to drive the British out of Boston. The plan was approved, and Arnold was commissioned a Colonel in the Massachusetts militia. He left for Ticonderoga on May 3.

The marker is near the common, and may mark the site where Arnold met with the Committee.
Read More 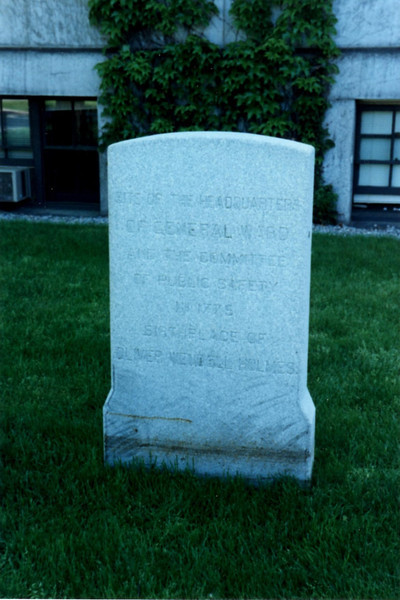 The inscription reads: "Site of the headquarters of General Ward and the Committee of Public Safety in 1775."