General Ward was commanding the militia forces that had cooped up the British in Boston after Lexington and Concord. It was to Ward and the Massachusetts Committee of Safety that Arnold pitched his plan for the capture of Fort Ticonderoga and its cannon. Ward set the future course of this untried Connecticut militia captain by appointing him colonel, with orders to raise troops in western Massachusetts to attack Fort Ti. It was the start of an outstanding military career for Benedict Arnold.

Ward's grave is found just inside the Artemas Ward Memorial Gate of the cemetery, as you enter from the parking lot of the First Congregational Church. His original gravestone has been incorporated into the left gate post.

His home is open as a museum administered by Harvard University. See their website for tour times and dates.
Read More 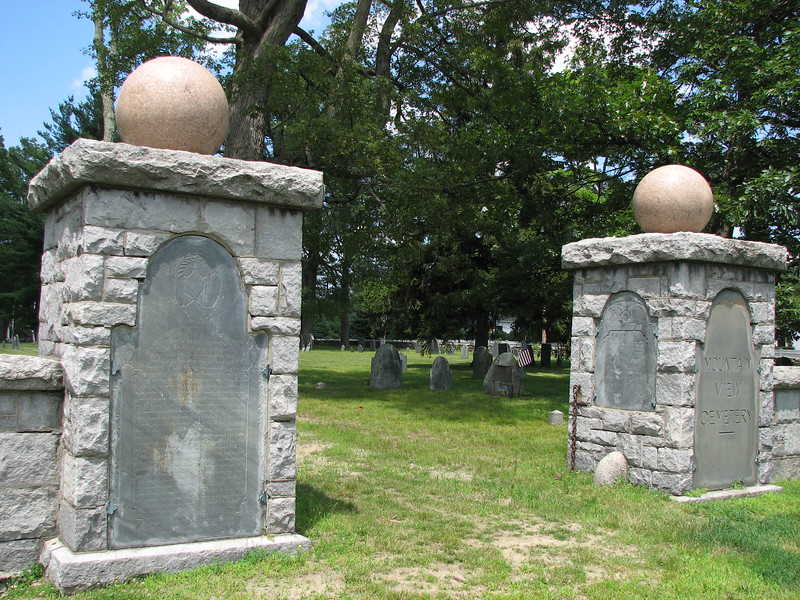 The Artemas Ward Memorial Gate, accessed from the parking lot of the Congregational Church at 19 Church St. Note Ward's original gravestone, embedded in the face of the left gatepost.