in the Kennebec River, and accessible from Front St just north of Main St, Richmond, ME by state ferry or private canoe. See this brochure for details about visiting the island: http://www.maine.gov/ifw/education/swanisland/PDFs/@Swan_Island_Brochure.pdf

According to the walking tour guide for the island, "In 1775, Benedict Arnold's expedition journeyed up the Kennebec River on their way to attack Quebec. It is reported that Benedict Arnold, Aaron Burr and General Henry Dearborn stayed a night at the Dumaresq House."

And also: "According to legend, while on the island, Aaron Burr met an Indian princess, Jacataqua, who accompanied him to Canada and later to New York. When Burr shot Alexander Hamilton in a very controversial duel, Jacataqua became so upset that she threw herself from Hell’s Gate into the East River, NY."

This is the historical self-guided walking trail guide: http://www.maine.gov/ifw/education/schools_teachers/pdfs/swan%20isl%20tour%20bk%2012.pdf

Click this link for a better photo of the house where Arnold stayed: https://goo.gl/maps/pt3mH5RnMXq
Read More 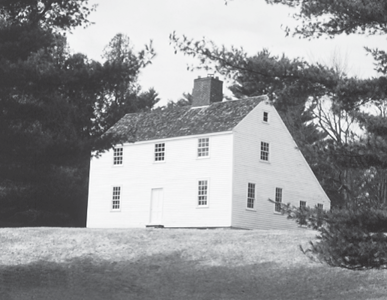 The Dumaresq or "salt box" house, where Arnold, Burr and Dearborn are reported to have stayed. Photo as seen in the walking trail guide to the island.