This turnout provides a good place to view the Kennebec much as it was when the Arnold Expedition passed by. The ships which brought the troops from Newburyport, MA could travel upriver past this spot enroute to Fort Western, just north of here, where men and supplies were off-loaded. Some of the men had been dropped off previously in Pittston where Reuben Colburn had built the bateaux, and those men would have been seen poling the boats upstream to be loaded with supplies.
Read More 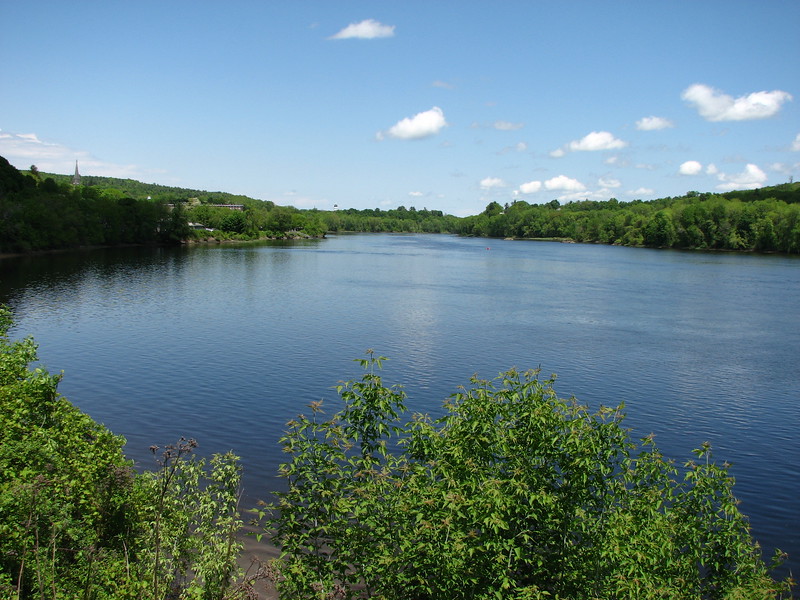 Looking upstream. The Maine State House dome is the black dot above the trees just left of center.