Arnold gave Peggy specific instructions for her trip with their baby from Philadelphia to join him at West Point. He outlined six nightly stops along the way, with no day's journey exceeding 28 miles. One stop was here at the home of Theodosia Prevost. Later, after the discovery of the treason, Peggy stopped here again on the second night of her trip back to Philadelphia, accompanied by Arnold's aide, David Franks.

Theodosia later married Aaron Burr, who wrote in his memoirs that Peggy admitted her complicity in the treason to Theodosia on the night of her return visit. Historians considered that Burr's hatred of Arnold caused him to lie about Peggy, but when the Clinton papers came to light in the twentieth century, she was shown to have been an active participant.

The building has been modified in the years since Peggy's visit. The original structure is incorporated into the right-hand portion, as viewed from the front.
Read More 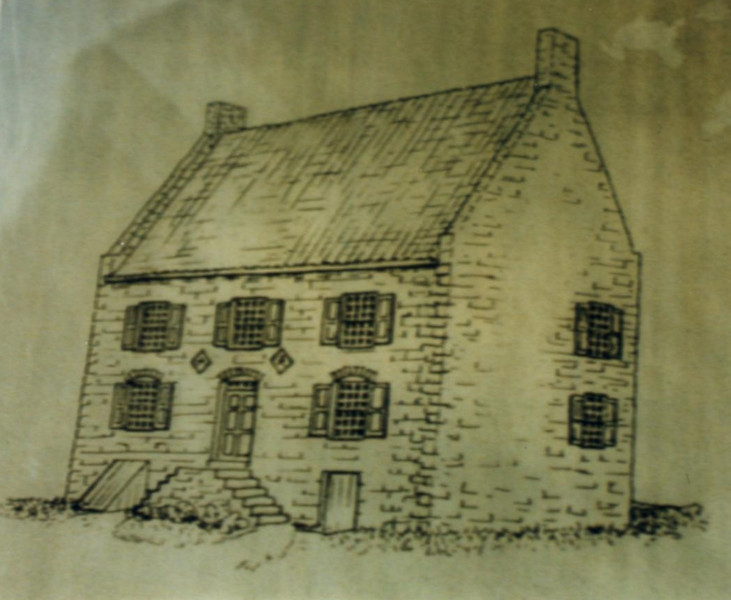 Drawing that shows how the building looked at the time of Peggy Shippen's visit.