This house (now gone) had belonged to the loyalist Col. Beverly Robinson. Situated across the river from, and a little south of, West Point, it was used as the headquarters of the American general commanding in the Highlands.

On Sept. 25, 1780, as General Washington approached, Arnold received a message that Andre had been captured. Arnold told his wife that they were discovered. He then fled to the British ship Vulture, leaving his aide to tell Washington that he had gone across the river to West Point on urgent business, and that he would be back in an hour.
Read More 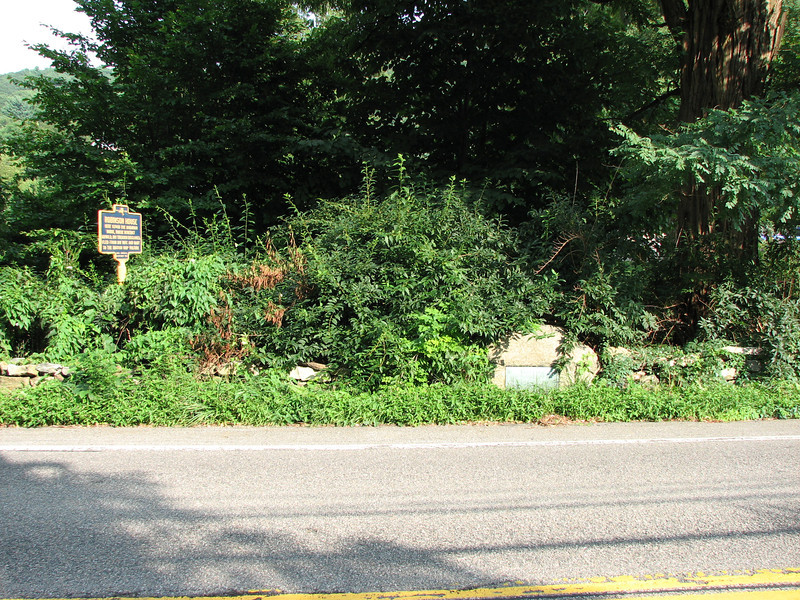 Roadside view of the site of the Robinson House. Note the two historical markers, one on a post, and an older bronze plaque set into the stone wall.