Home: just to the right of 40 McKenney Rd, Stockton Springs, ME

Grave: Sandy Point Cemetery, opp. 698 US Rt 1, Stockton Springs (Sandy Point), ME. Opposite the Sandy Point Congregational Church. The grave is in the front right corner of the cemetery.

Joseph Plumb Martin was a soldier throughout the Revolutionary was. In 1828 he wrote his memoirs, which are today considered very valuable by historians as a first-hand account of the war from the perspective of a private soldier. The original title was ‘A narrative of some of the adventures, dangers and sufferings of a revolutionary soldier; interspersed with anecdotes of incidents that occurred within his own observation’, but it has been republished recently as "Private Yankee Doodle" and "Memoir of a Revolutionary Soldier: The Narrative of Joseph Plumb Martin"

In his book, Martin tells of his observation of General Arnold in the days prior to the discovery of his treason. As recounted in Valiant Ambition, by Nathaniel Philbrick: Martin had grown up not far from New Haven, and had encountered Arnold before the war. On Sept. 11, 1780, Martin saw Arnold near Dobbs Ferry. In his own words: "I met him upon the road a little distance from Dobbs Ferry. He was then taking observations and examining the roads. I thought he was upon some deviltry.We met at a notch of the roads, and I observed he stopped, and sitting upon his horse, seemed minutely to examine each road. I could not help taking notice of him, and thought it strange to see him quite alone in such a lone place. He looked guilty, and well he might for Satan was in full possession of him at that instant as ever he was of Judas."
Read More 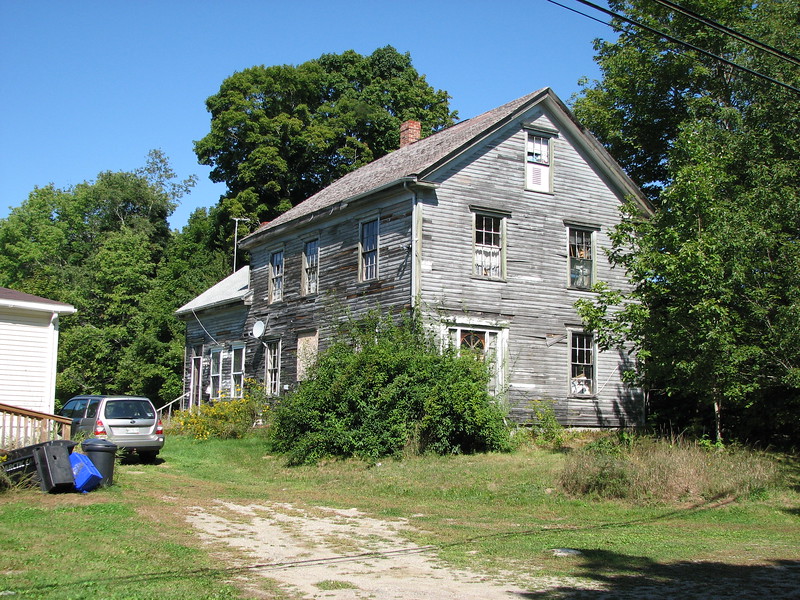 Local tradition says that the small rear section of this house was the home of Joseph Plumb Martin. See footnote 17 in this article for details: http://www.allthingsliberty.com/2015/09/joseph-plumb-martin-soldier-author