Jane Tuers was a farm wife living in Bergen (now Jersey City), NJ at the time of the Revolution. She would use the Paulus Hook ferry to take her produce into New York to sell. She was told by Samuel Fraunces about British officers in his tavern toasting Benedict Arnold who was to turn over West Point to the British. She carried word back to her brother, Daniel Van Reypen, who went to Gen. Anthony Wayne, who took him to Gen. Washington. The suspicion she raised was confirmed when Major Andre was arrested a few days later.
Read More 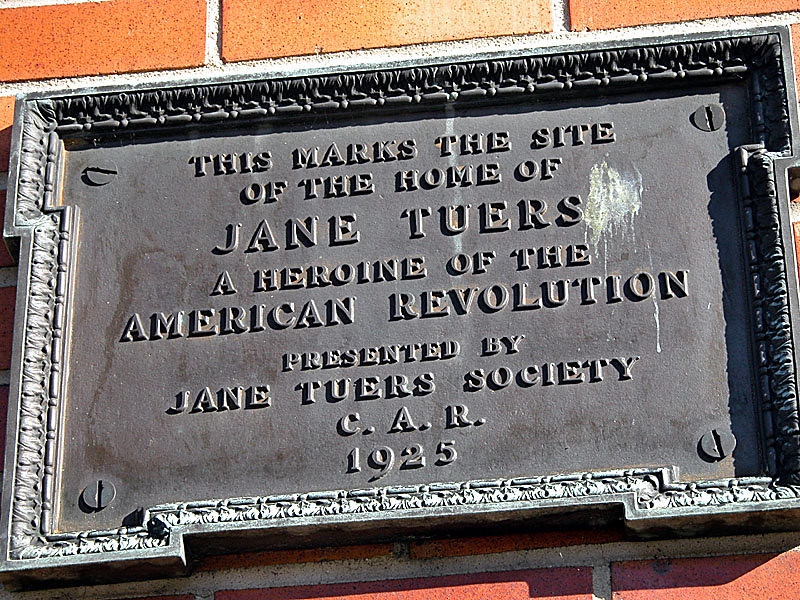 This plaque was originally placed on the old 4th Regiment Armory building. When that structure was razed, it was placed where it appears today, on the Hudson Catholic Regional High School, the building that currently occupies the site. The plaque is on the Bergen Av side of the building.