Currently (2016) the restaurant Ordinary, 900 Chapel Street, operates at the site. The owners are very conscious of the history and have a very detailed webpage: http://ordinarynewhaven.com/history.php

Benedict Arnold was instrumental in establishing the Second Company Governor's Foot Guards in 1774. This local militia unit held it's first meeting in Beers Tavern. When word of the action at Lexington and Concord, Massachusetts reached New Haven, Arnold prepared his men to march to Boston.
It was in front of this tavern that Arnold demanded the keys to the powderhouse from the selectmen, including Col. David Wooster. At first they declined, citing a lack of authority from the colonial government, but Arnold replied that he would break the door to get the powder for his men, saying "Our friends and neighbors are being mowed down by Redcoats. Give us the powder or we will take it...None but Almighty God shall prevent my marching!" The keys were produced and Arnold got the gunpowder.
This historical event is reenacted annually in New Haven.
See the website of the Second Company Governor's Foot Guards: http://www.footguard.org/
Read More 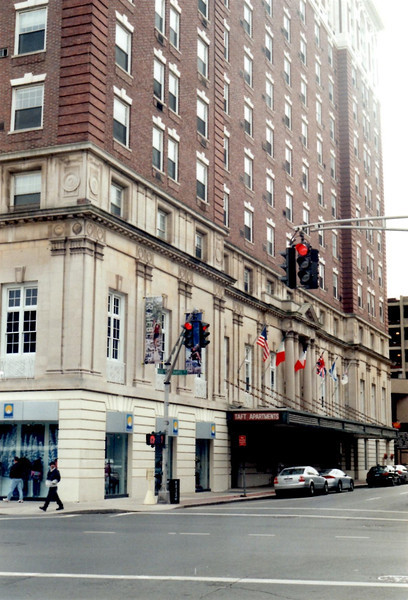 The site today is occupied by the Taft Apartments