This church, the fourth on the site, was built over a portion of the old graveyard which surrounded its predecessor.

Margaret Mansfield, Benedict Arnold's first wife, lies in what became the crypt of the church. She had been buried in the graveyard of the third meeting house.

Margaret died while Arnold was away on the Fort Ticonderoga campaign. They had married in the third meeting house on February 22, 1767.
Read More 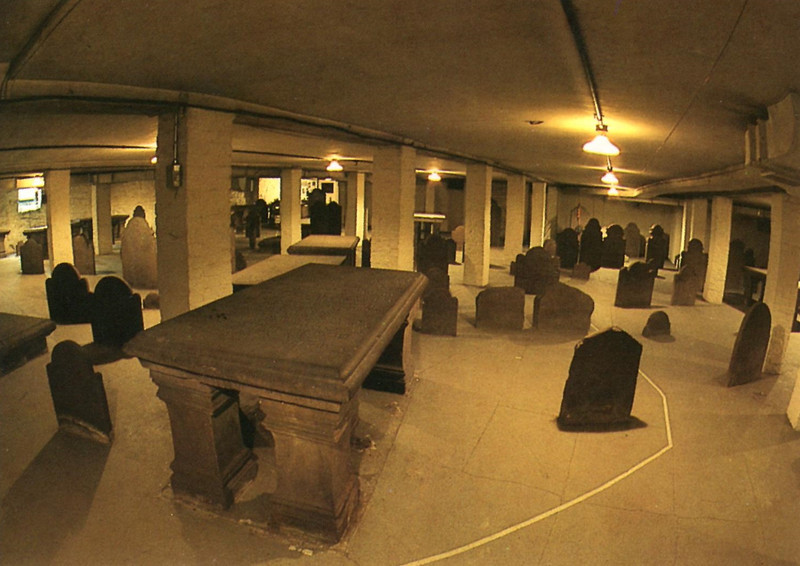 Postcard view of the crypt