The captors first took Major Andre to Wright's Mills in Kensico to deliver him to Lt. Col. Jameson. But when they arrived, they found that the colonel had moved his HQ to Sand's Mill in Armonk. They had covered six miles from Tarrytown, and would have another six to go. The author Washington Irving, in his "Life of Washington," says that Andre was offered food, but replied, "Oh, Madam, it is all so very good, but indeed I cannot eat."

The site of the mill, which served as military headquarters many times during the Revolution, was inundated by the water impounded when the Kensico Dam was built.
A monument has been erected on the eastern shore of Kensico Reservoir, along Rt 22, on the left coming from Valhalla,
just before the highway reaches a causeway over the reservoir.
Read More 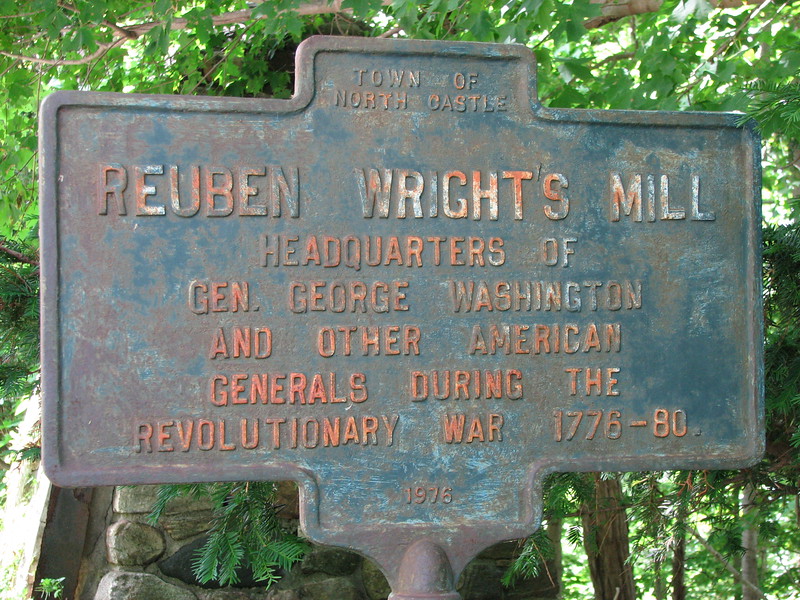 Historical marker at the monument