The historic marker states that Andre was held here on Sept. 25, 1780. The building previously on this site is referred to as the Hollman House in Abbatt's "Crisis of the Revolution." He states that the 1780 owner is unknown. But the marker, the location, and an August 17, 1912 edition of "The Highland Democrat" in my files indicate that the Hollman House and Taylor Tavern are one and the same. The referenced article was written at the time that the Hollman House was torn down, and states that a new bungalow of stone was being constructed on the site. The present house, situated behind the historical marker, is of stone.
Read More 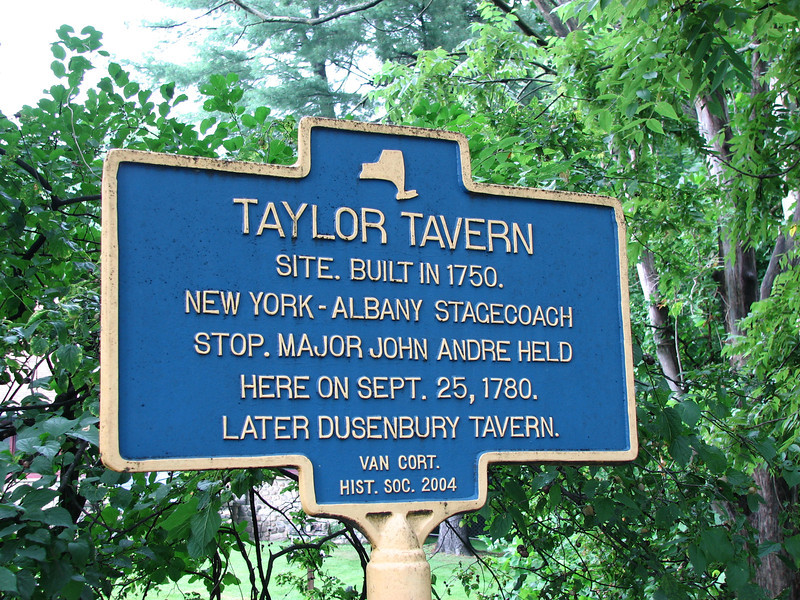