Once Benjamin Tallmadge questioned Major Andre upon his return to Sand's Mills, it was decided that he should be sent to Col. Sheldon's headquarters at John Gilbert's house in South Salem. The colonel was not present, but Lt. (later militia General) Joshua King took charge of the prisoner when he arrived here at eight or nine AM on Sunday the 24th. It was while here that Andre learned that the incriminating papers had been forwarded to Gen. Washington, and he realized he could no longer continue his ruse. He confided his true identity to Lt. King, who treated him like a gentleman, allowing him a shave and clean clothes. Andre was fed and allowed to walk in the spacious yard under guard. He asked for pen and paper, and wrote a letter to Washington explaining his side of the situation. It was the next day toward midnight that the party, now with an escort of a hundred dragoons, headed for Robinson's House. The route ordered by Washington was not the most direct, but further north to prevent any enemy attempt to rescue Andre.

The Gilbert house is gone, but a commemorative stone has been set into the stone wall along the road at it's site.
Read More 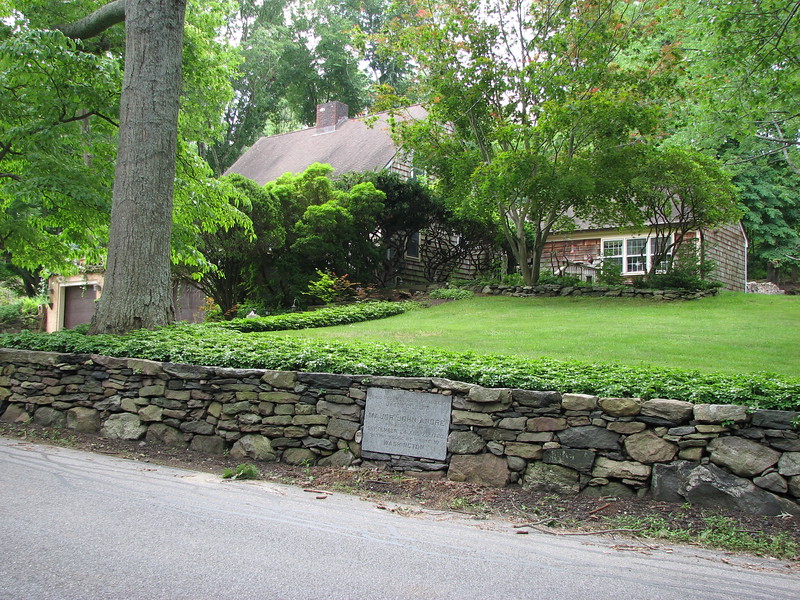 Street view of the marker. The home currently on the site is not the Gilbert House.