Delafield Road, on the grounds of the US Military Academy at West Point, New York. See the webpage: http://www.hmdb.org/marker.asp?marker=58562

It was here at Fort Putnam, part of Fortress West Point, that John Andre was held for a time after his capture. He was confined in the "northeast cell" of the fort, perhaps the right-hand cellar door of the reconstructed building within the fort. The entire fort was in a decrepit state throughout most of the 19th century, and was reconstructed between 1905 and 1909. Today's stone walls are in the position of the original walls which were built of logs and earth. The building within the fort contains a museum with interesting displays, some of which I have included in the photos.

Touring the fort is possible on a limited number of days. Check with the West Point Museum, which administers the site.
The view from the fort out over the West Point campus and the Hudson is a great place to gain perspective of the strategic location of this installation.
Read More 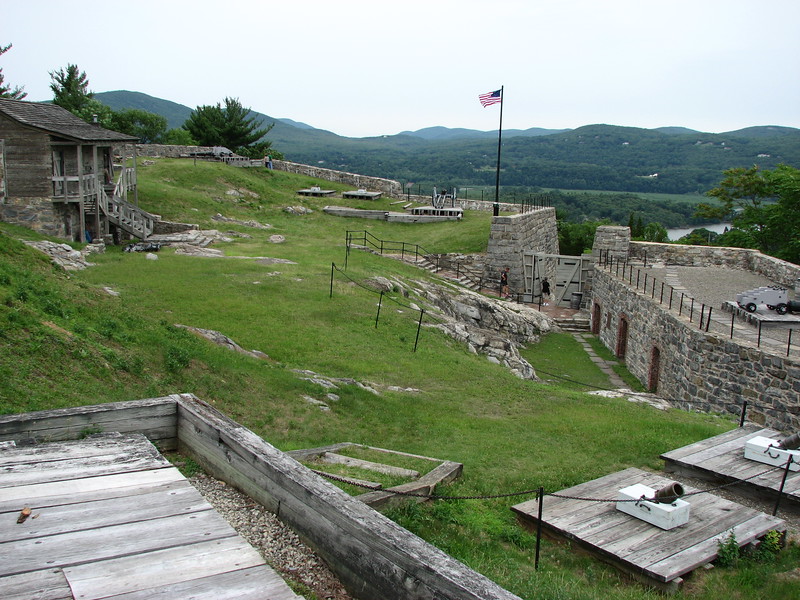 View within the fort