According to the website http://www.hudsonriver.com/cortlandt, the lady of this house, Cornelia Van Cortlandt Beekman "refused to give a representative of the British spy John Andre an American officer's uniform she had in safe-keeping."

The building now houses the offices of Cortlandt Healthcare's nursing home, which has been built alongside the old house.
Read More 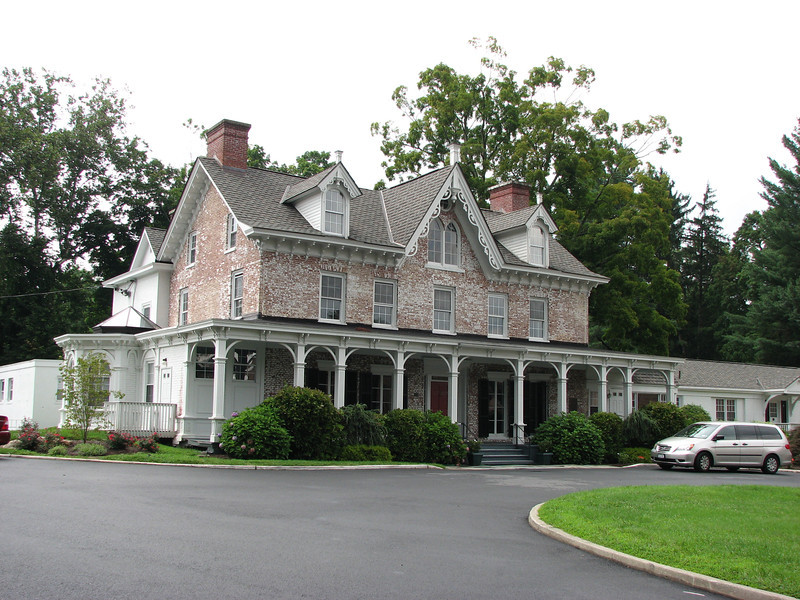 View of the manor house. The family was prominent at the time of the Revolution.