Patriot's Park, US Rt 9 at the Tarrytown/Sleepy Hollow line (next to the Warner Library, 121 North Broadway, Tarrytown, NY

The monument erected here honors the three militiamen who arrested Major Andre on this spot as he was travelling back to the British lines on Sept. 23, 1780. In Andre's boot they discovered the plans of West Point. Their officers would later recognize the handwriting as Arnold's.

The stream that flows through the park was once called Clark's Kill, but has since been renamed Andre Brook.
Read More 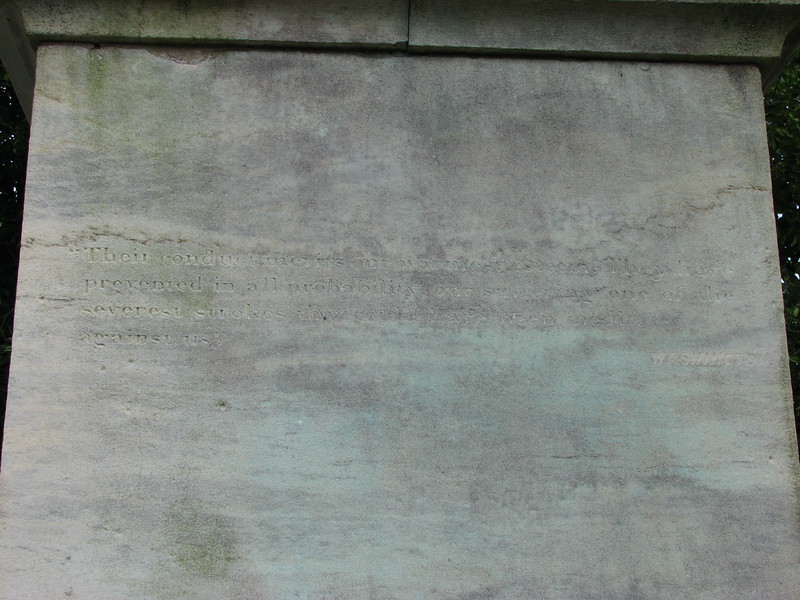 Quote from Gen. Washington: "Their conduct merits our warmest esteem. They have prevented in all probability our suffering one of the severest strokes that could have been meditated against us."