In the spring of 1799, the Arnolds spent time at the seaside in Margate, probably for health reasons. While there, they met John C. Warren, a relative of the American general Joseph Warren, who fell at Bunker Hill, and whose children Arnold had sent money to help. This is the account in Isaac N. Arnold's book "Benedict Arnold, His Patriotism and His Treason":

'In the diary of the eminent surgeon, John C. Warren, who was a near relative of Joseph Warren, dated 1799, at "Margate, England," is written: "I met General Arnold, the "traitor," so called. He was there with his family; I recollect a son, very handsome, and a daughter. Arnold was rather a stout man, broad shouldered, large black eyes. He walked lame from a wound received at the attack on Quebec, I think."'

Margate is today a holiday resort for Londoners, as it has been for the last 250 years.
Read More 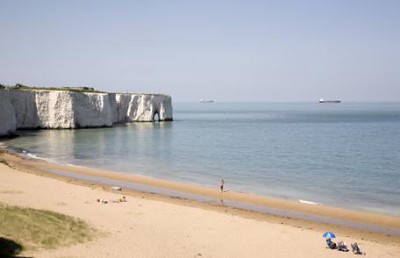